Crispy Peanut Butter & Jelly Stuffed Waffles made with vegan and gluten-free ingredients for a dreamy brunch recipe! When I chatted with my Simple Mills family about our April recipe, they requested waffles. And let me tell you, there wasn’t one ounce of hesitation from me about making some new waffles for you guys. As […] 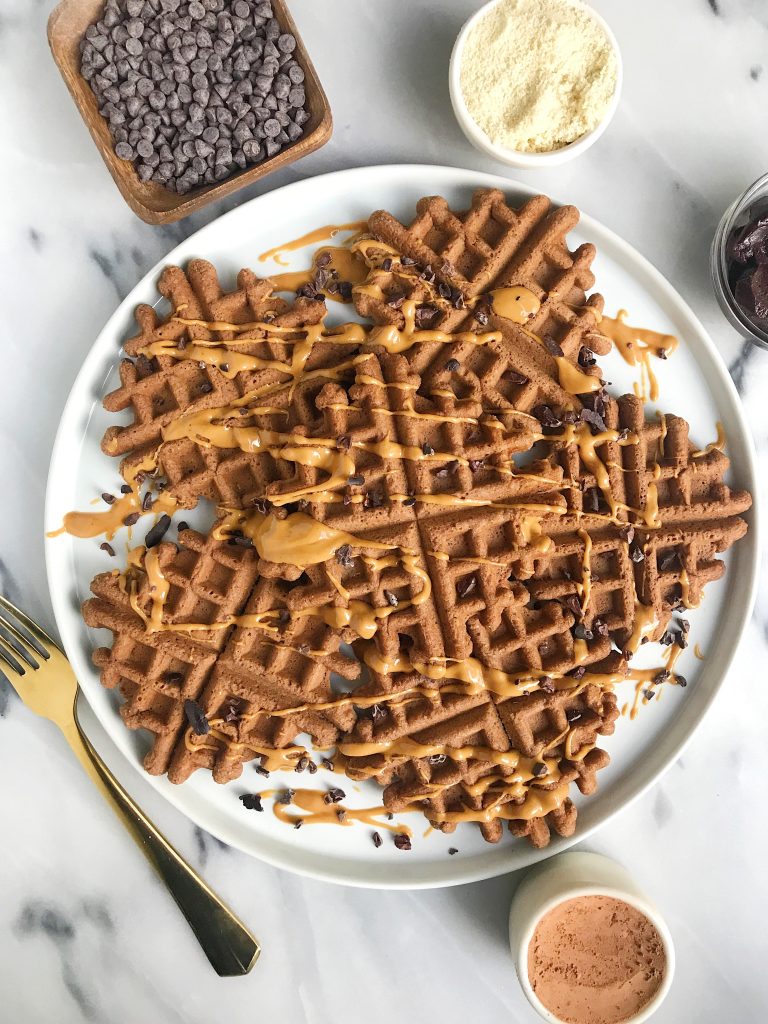 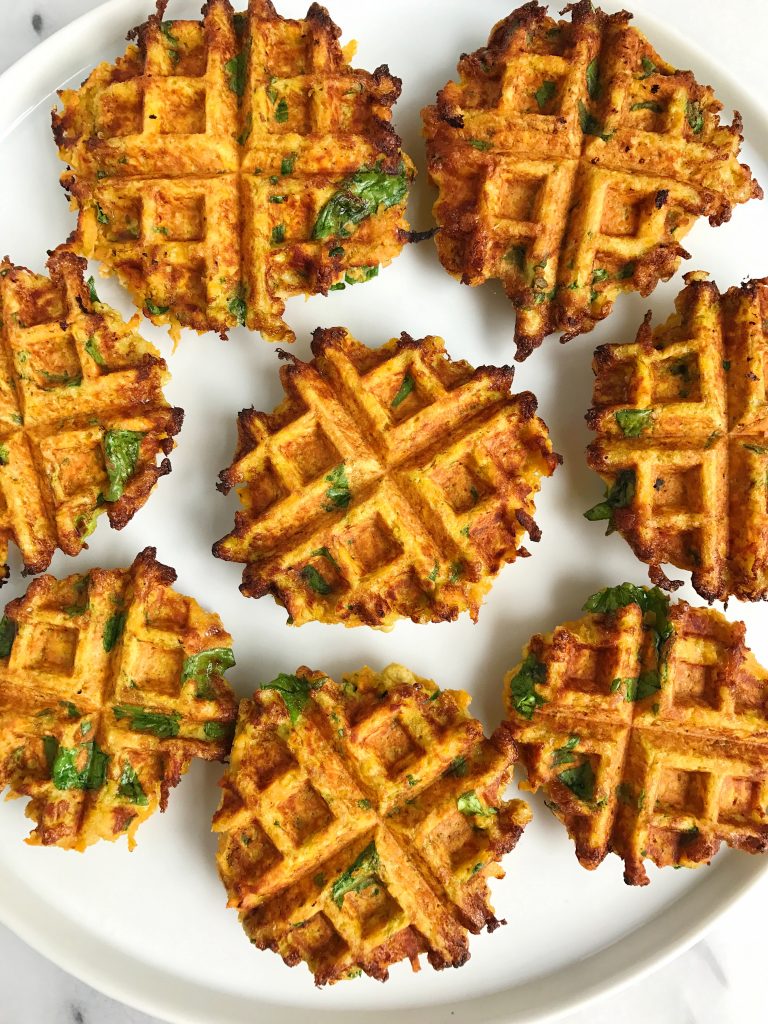 Savory Paleo Veggie Breakfast Waffles made with coconut flour for an easy veggie waffle! The excitement over the zucchini waffles fritters had me itching to try even more savory waffles in the kitchen. These Paleo Savory Veggie Waffles are SO GOOD you guys! They are so underrated and so flavorful and easy to make! I love making the […] 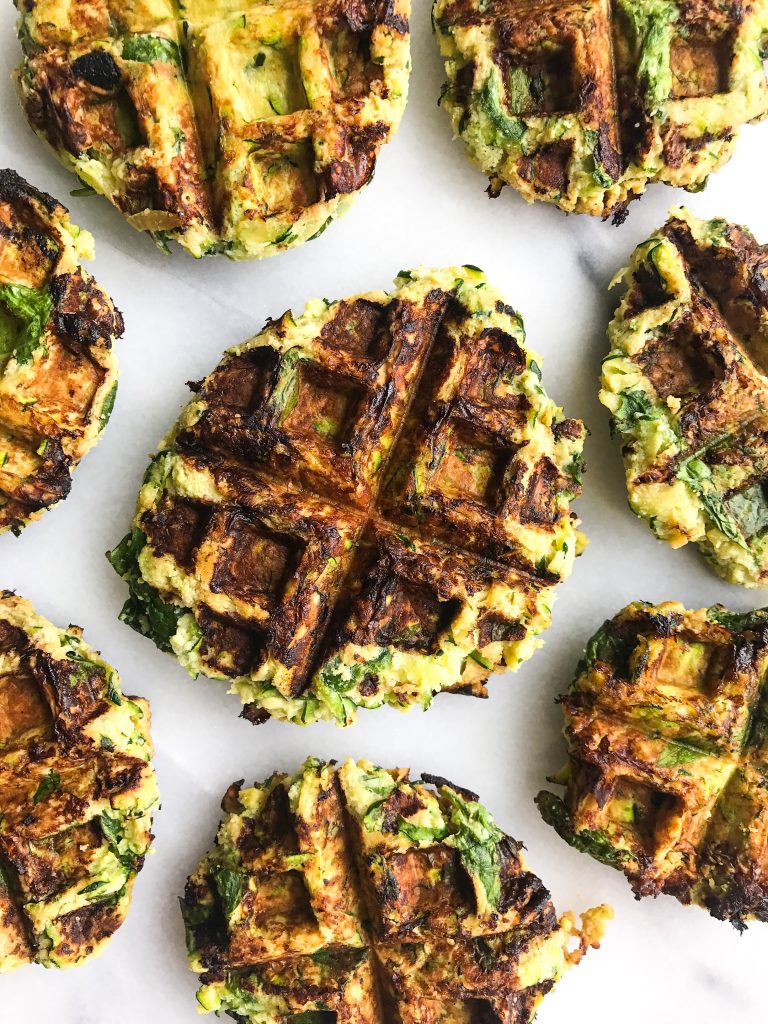 Savory Zucchini Waffle Fritters made with simple ingredients for an easy paleo recipe! SAVORY WAFFLE FRITTERS! These are a gift from heaven you guys. As a self-proclaimed zucchini enthusiast, I pretty much make new zucchini recipes weekly. Anything from pancakes to truffles to smoothies, and of course the traditional ZOODLE! But recently, these waffle fritters have […] 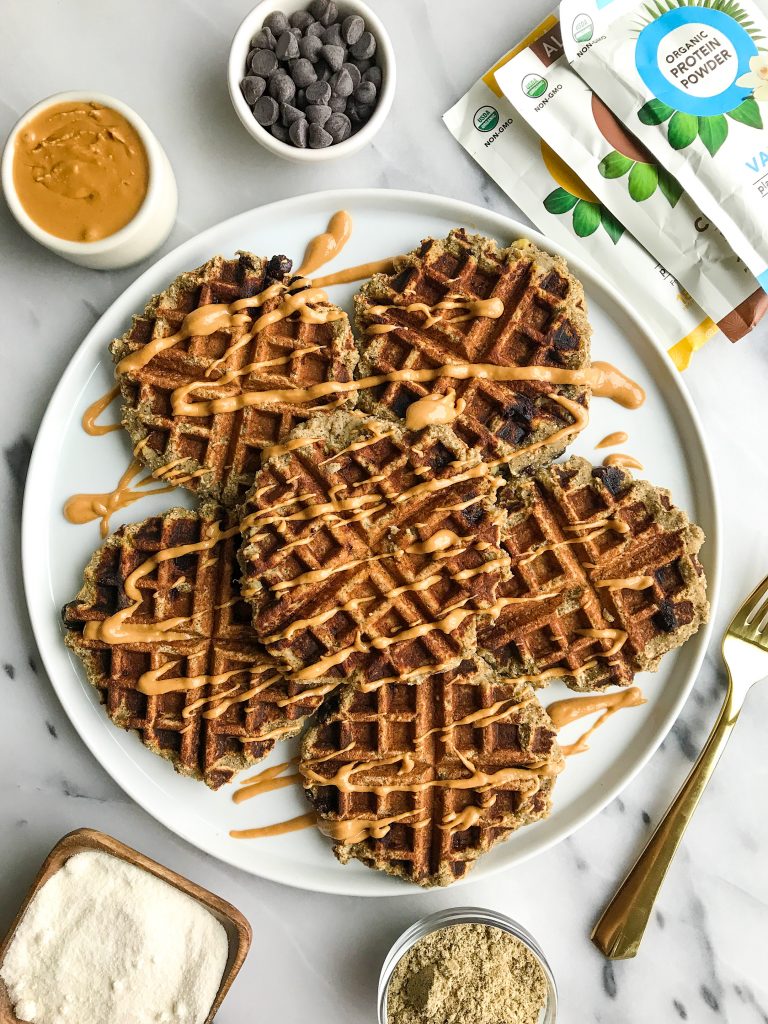 Banana Bread Protein Waffles for a delicious protein-filled, vegan and gluten-free breakfast! When I shared a sneak preview to these waffles on my Instagram stories a couple weeks ago, you guys went CRAZAY. I am so excited the day is finally here to share them with you. September 1st. The beginning of a new month, […] 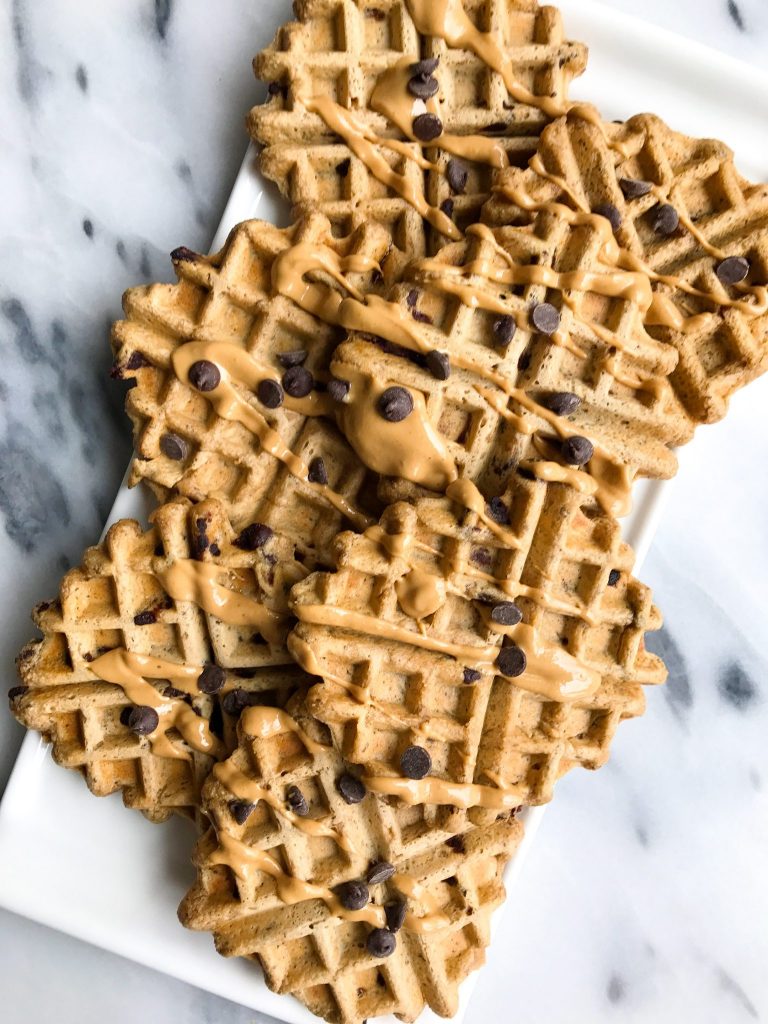 Vegan Peanut Butter Cup Waffles made with Oat Flour for a deliciously easy breakfast! I don’t know what I am more excited for right now. The fact that I finally made successful waffles that were vegan (after 4 different attempts) or the fact that Jord was obsessed with these. These waffles are so fluffy but cake-y and taste […]

Chocolate Chip Flaxseed Waffles that are grain-free & refined sugar-free I’m dedicating this week National Waffle Week. And no, not because it is the weird food holiday where everyone is going to post about waffles. But because I am seriously OBSESSING over this waffle maker. After making those 6-ingredient Apple Cinnamon Waffles a few days […]

there are only a few desserts that i continue to m