Ezra’s Favorite Things // 21 Month Check In
Can someone please explain to me how my bubba is 21 months old already?! I want to say how he has the biggest personality and wears his heart and emotions on his sleeve. But to be honest that has been him since day one.

Ez is the most energetic, passionate and mushy bubs. He runs over to us and gives us hugs and kisses. He puts his hands on my face like he wants to smooch my lips. He runs over to his nanny the moment she comes in in the morning and hugs her. And he is just full of life and love and while he giggles and laughs like crazy – he also screams and cries like there is no tomorrow. See? Wears his emotions on his sleeve. But I wouldn’t have it any other way.

I have rounded up a few of his current favorite things. I loving doing these kinds of posts for you guys and all my mamas and aunts and whoever else are shopping for their families. These are some of Ez’s fave toys and also just random things he loves! 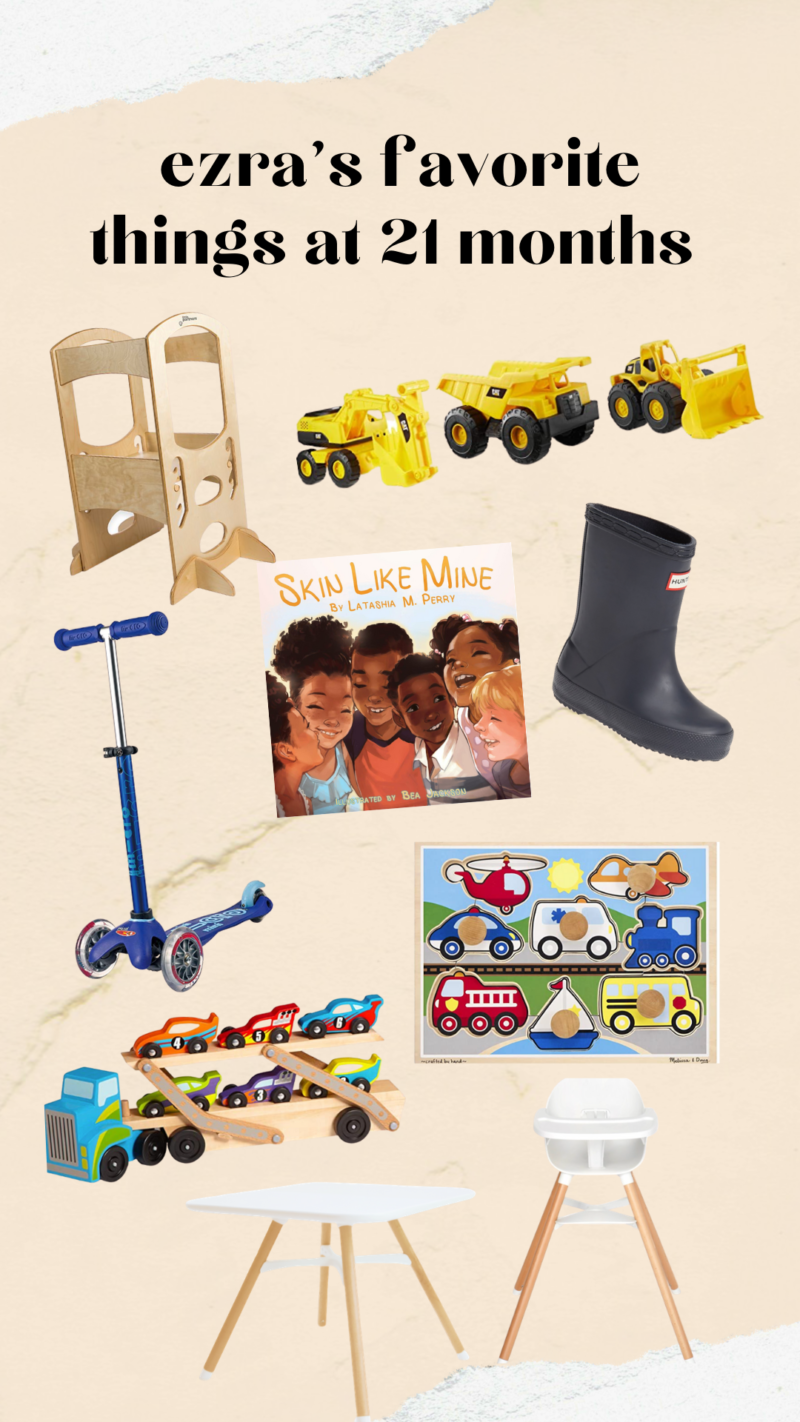