How I Prepared My 3 Year Old for School + the Transition

Sharing the low down on my 3 year old starting school for the first time and how the transition went. 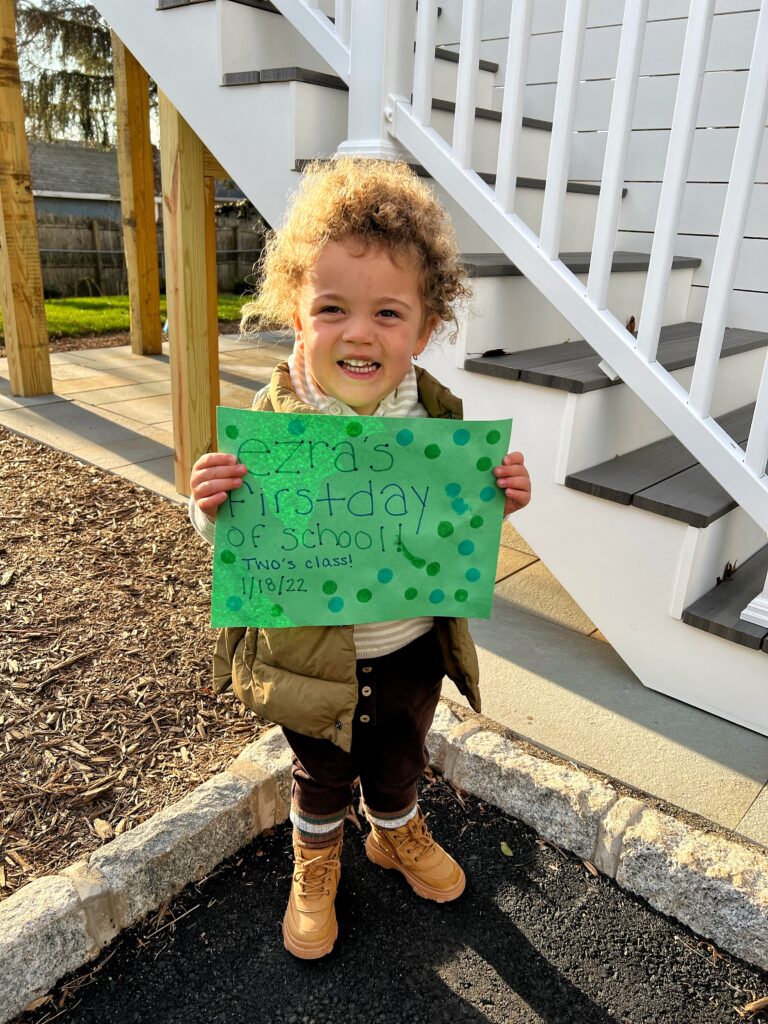 Ezra is officially in school everyone!! We are on week 3 right now. Congrats to mommy and daddy who (kind of) have 3.5 hours a day of silence in the house. Brody is home, but as you guys know – there is a huge difference between a toddler and an infant. And 1 kid versus 2 for the most part. Especially when your son is a full on force like my man Ezzie.

Turns out many of you are also introducing your kids to school for the first time, so I am sharing a bit more about our experience, how we prepared and any other info I think you’d love.

Here’s the scoop on starting school:

How we prepared our 3 year old for school: