Paleo Japanese Sweet Potato and Zucchini Latkes made with just 7 ingredients for an easy and healthy potato pancake recipe that is also Whole30 approved! 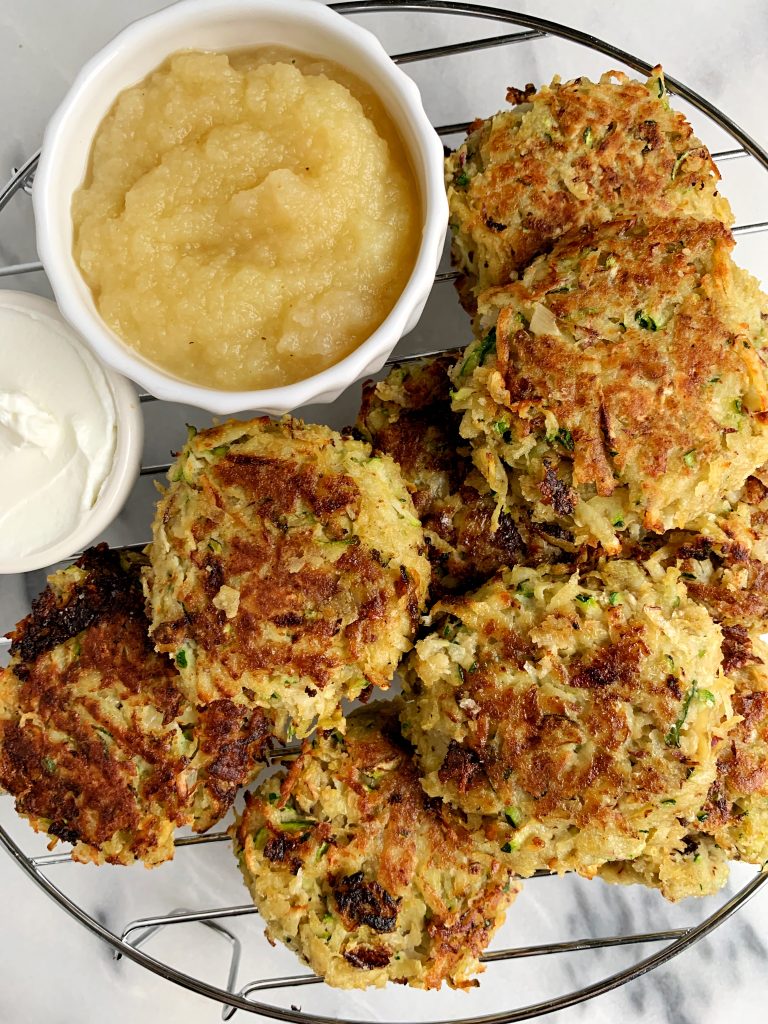 So it technically isn’t Hanukkah yet. But we are officially in full on LATKES mode over here friends.

Our family is a huge fan of latkes. They are staples at every single Hanukkah party and Jordan pretty much eats half a batch of them on his own.

For those wondering what a latke is… let’s back track a bit! Latkes are potato pancakes. They are a delicious savory potato pancake that is served for Hanukkah and dipped in applesauce or sour cream. They are traditionally fried in oil and you will smell like latkes for days after making them (I kid you not).

But these paleo latkes are a bit different! And they are paleo, Whole30 and a healthier version!

For starters these latkes are not just potato pancakes. They are made with zucchini as well for a little extra veggie. Plus I love zucchini pancakes! I also use Japanese sweet potatoes instead of traditional potatoes because those are my absolute favorite.

I also fry them in avocado oil then bake them in the oven after. You can also fry them in butter or ghee too if you prefer. They aren’t as greasy as the usual latke but I promise they are still so tasty!

Then there is a special guest ingredient when you fry them up. I add in my favorite Bonafide Provisions Organic Bone Broth as well. It adds just the right amount of flavor and helps crisp the latkes up and keeps the pan moist.

These latkes are also whole30! For anyone looking for even more whole30 recipes, here are all of my faves! 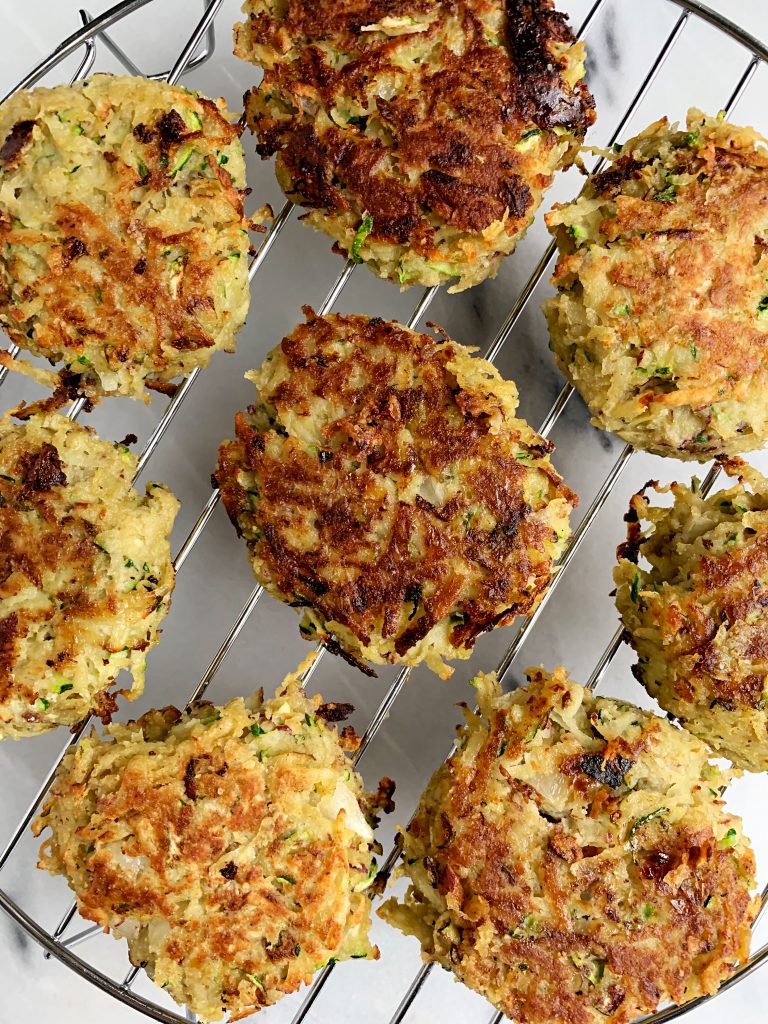 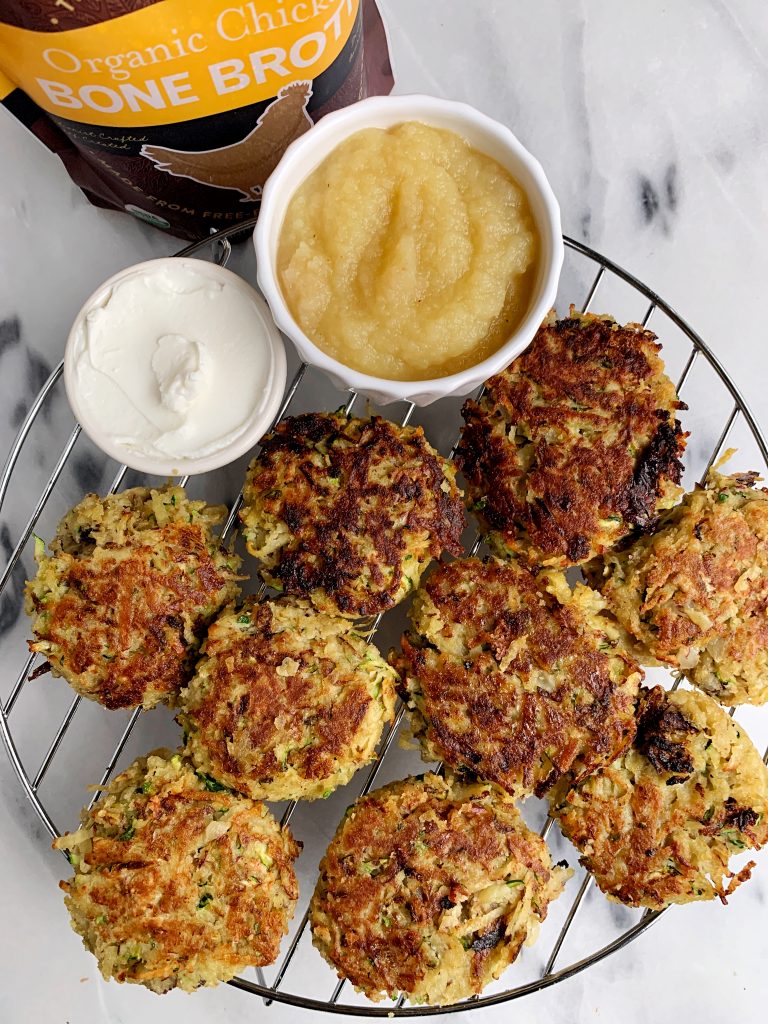 The best Japanese Sweet Potato and Zucchini Latkes made with all paleo and gluten-free ingredients. A healthy Hanukkah recipe to enjoy all year around!

*I haven’t tested other flours 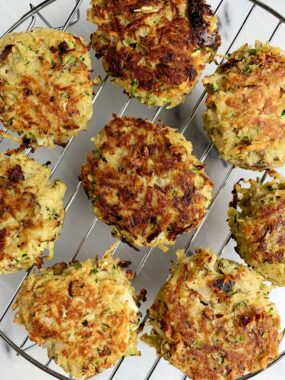