Sleeping Training Ezra: How We Did It

Sharing how we went about sleep training when our son was 16 weeks old. 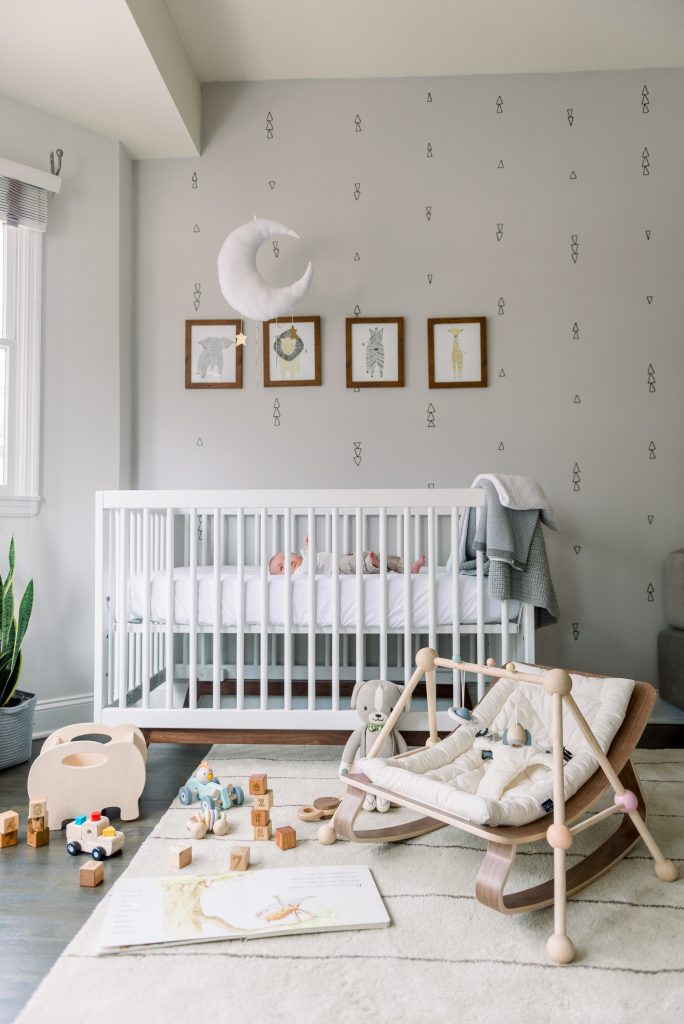 After 16 weeks of sleeping no more than 2 consecutive hours (both us and Ezra), it was time to start sleep training that little bub.

Sleeping training is somewhat of a loaded term since every parent does things differently. Some follow specific books about it, some follow what the doctor says and some don’t sleep train at all. Any and all of the above is perfectly okay. Gotta do what works for you and your family!

I would like to preface this blog post by saying that there is no right or wrong when it comes to sleep training. I do not judge or have opinions on anyone and how they decide to parent. It can be really challenging sharing many aspects of parenthood with anyone without receiving judgement or unsolicited comments. Especially sharing a lot on social media, you have to have a strong back bone to be able to handle the comments and messages when it comes to raising your kids. I personally just tune everyone out and don’t really get bothered by it, but I also try to limit the amount that I really share about parenting (more on this another day!).

When I started to share on Instagram how Ezra was finally sleeping through the night, an influx of messages come flooding in. I went into this initially saying how I wasn’t comfortable sharing what we did on the blog because I didn’t want to deal with the backlash from anyone. But the more messages I received, the more I thought about it and truly empathized for the parents out there running on empty. It isn’t fun and it is nearly impossible to be a good parent running on no sleep. Plus it isn’t good the bubba’s either!

We waited until Ezra was 4 months to sleep train.

I’m going to walk you guys through what we did to sleep train Ezra when he was just shy of 4 months and also why we did it this way.

While Ezra is the cutest buttered muffin in the entire world and I love him with all my heart, soul and everything I have to give – this kid has proven to be anything but an easy baby. He came 4 weeks early (more on that here) and he 100% was colicky from the start. He never slept more than a couple hours, didn’t nap unless he is in the stroller or car (still the case now with napping) and he pretty much has chronic FOMO I like to say.

Ez goes from 0 to 100 in a split second. I knew the lack of sleep was only going to make this worse and when I spoke to our pediatrician about it, they recommended sleep training around the 3 month mark. Our doctor is a huge advocate for sleep training, which made it a lot easier to convince Jordan we needed to do this. He wasn’t the most comfortable with the whole process but he knew it was the best thing for our sanity and most importantly, Ezra’s wellbeing.

Ezra has been exclusively on breastmilk since we brought him home from the hospital. He does a mix of both nursing and bottles but it has always been my breastmilk. Many told us how breastfed babies don’t sleep through the night and the milk isn’t filing enough, blah blah blah! Our doctor told us that is B.S. and plenty of their patients are breastfed and sleep 10+ hours. And not too toot my own horn but I have been told by many that my milk is some of the fattiest looking breastmilk (who knows!).

At first we tried the 12 hours by 12 weeks sleep training method and that did not work for Ezra whatsoever. The more we went into his room to give him the pacifier, the more he thought it was time to play or eat (especially if I went in there). We tried it for about a week and afterwards I told Jord there was no way this would work for him. I have heard this method is amazing for some and I know it worked for a few of my friend’s babies – but not Ez.

I knew from the beginning Ez would have to cry it out. Call it my mama instincts or whatever, but I said since the day he came out, he was going to need to learn to self-soothe when he got a little older.

When we traveled to Sonoma Coast when Ezra was around 3 months and he started only getting a bottle 1x at night around 3 am (I did all bottles for night feedings since day 1). So he would go from 10pm to 3am without food then I’d nurse him in the morning. You could tell he wasn’t even that hungry because he didn’t chug the bottle like he used to. He just liked the attention and had zero interest in sleeping after. He was never the baby who wanted to eat then would fall asleep easily. Getting him to fall asleep was always a process and something Jordan had to do more so than me in the middle of the night because I would be pumping and Ez would see me and just think it is time to eat again.

We started to have him sleep in this weighted blanket and it actually worked wonders. He would sleep about 4 hours straight and it helped him fall asleep quickly since he couldn’t move around much. I thought it was the best thing ever (especially since we would sleep longer then) but our doctor quickly urged us to stop using this before he gets too attached to it. Jord and I didn’t listen to her because we really just loved getting a few extra hours of shut eye but after a couple nights of the blanket not working its magic, this led us to start the actual sleep training we did.

It was May 17 at 7pm and Ezra was just shy of 4 months old. I was putting him to sleep with his weighted blanket and he was not having it. I did a mini bedtime routine I was trying to implement and when I kissed him goodnight and put him in the crib, he had no desire to go to bed. At this point, I knew it was time to start a more intense form of training him. I took him out of the blanket, put him in his sleeping bag, told him I loved him and that I would see him at 7 am that next morning…

…Yup a full 12 hours without mommy or daddy.

The doctor gave us the run down below on sleep training that we followed:

And let me just say – IT WORKED! Ezra only cried for 30 minutes straight. It was amazing! The kid who would cry in our arms for 2+ hours. He slept from 7:30pm until 4am then cried from 4am to 7am when we got him from his crib. He did that for two nights and by the third night, he slept 7pm until 6am. Now his wake up time varies from 5:30am on but we’ll take it! Still a great amount of sleep for Ez. He has only woke up once during the night since and we let him cry for about 20 minutes and he fell back to sleep. We then discovered that morning he had pooped and was sleeping in it (oops!).

My tips for sleep training:

Fingers crossed this will continue to work. I will keep you guys posted 🙂 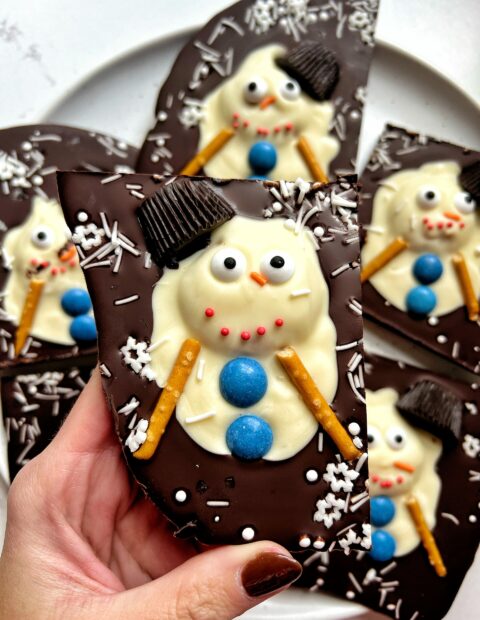 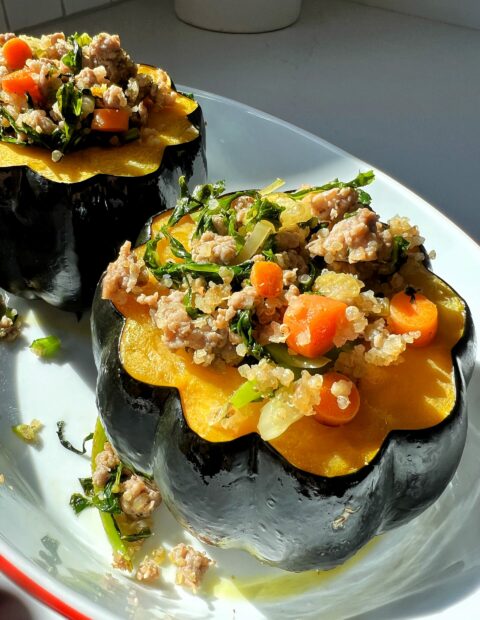 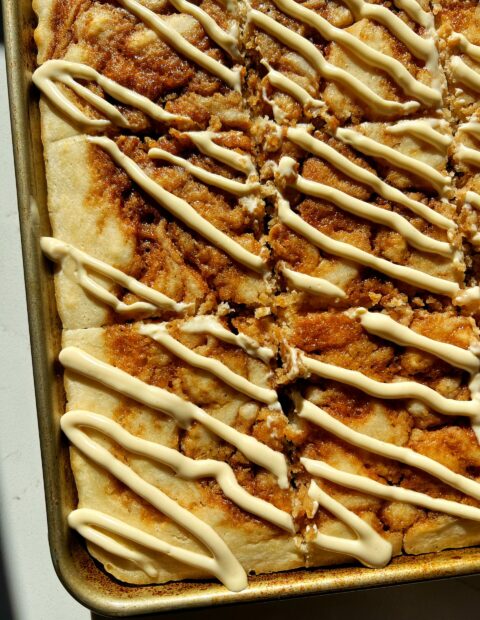 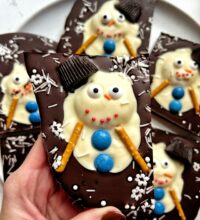 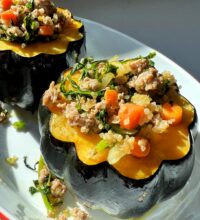 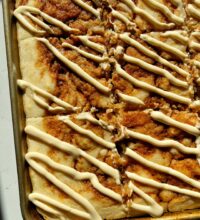 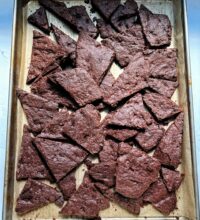 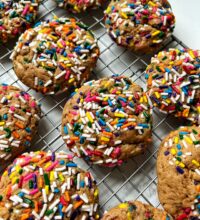