This Gluten-free “Cinnabon” Cinnamon Roll Cake is a personal favorite. Made with all plant-based ingredients and it is a healthier spin on a cinnamon roll in cake form. 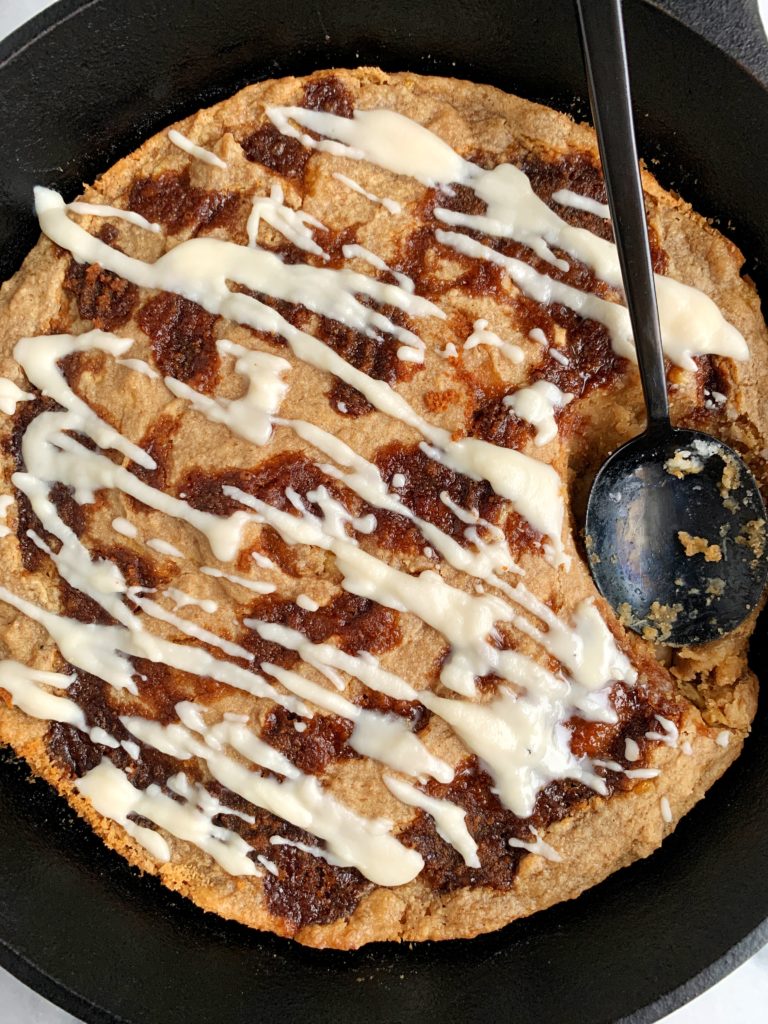 This recipe is absolutely life-changing!

I know – that is a bold comment to make guys but this actually is such an insane recipe. Especially for all my friends out there who live for a good cinnamon roll. Especially the kind from Cinnabon that I used to get when I was younger every time we went to the mall with friends. And now when we stop at rest stop on the highway and there is a Cinnabon, I purposely walk by it just to smell their amazing cinnamon buns.

This Cinnamon Roll Cake is gluten-free, nut-free, vegan and it reminds me of eating a delicious “Cinnabon” cinnamon roll.

This recipe really only happened because I was craving actual cinnamon rolls, but was too lazy to make them. Yup, believe it or not even I get lazy in the kitchen. I didn’t want to make a huge mess and roll out dough etc. so instead adapted this recipe from my Vegan Cinnamon Roll Banana Bread

You pour the batter into a skillet or baking dish, sprinkle some of the cinnamon coconut sugar mixture on top it goes right into the oven.

This recipe is also lower in sugar than your usual cinnamon roll or bun recipe and is ready in just 25 minutes!

What you need to bake this cinnamon roll cake: 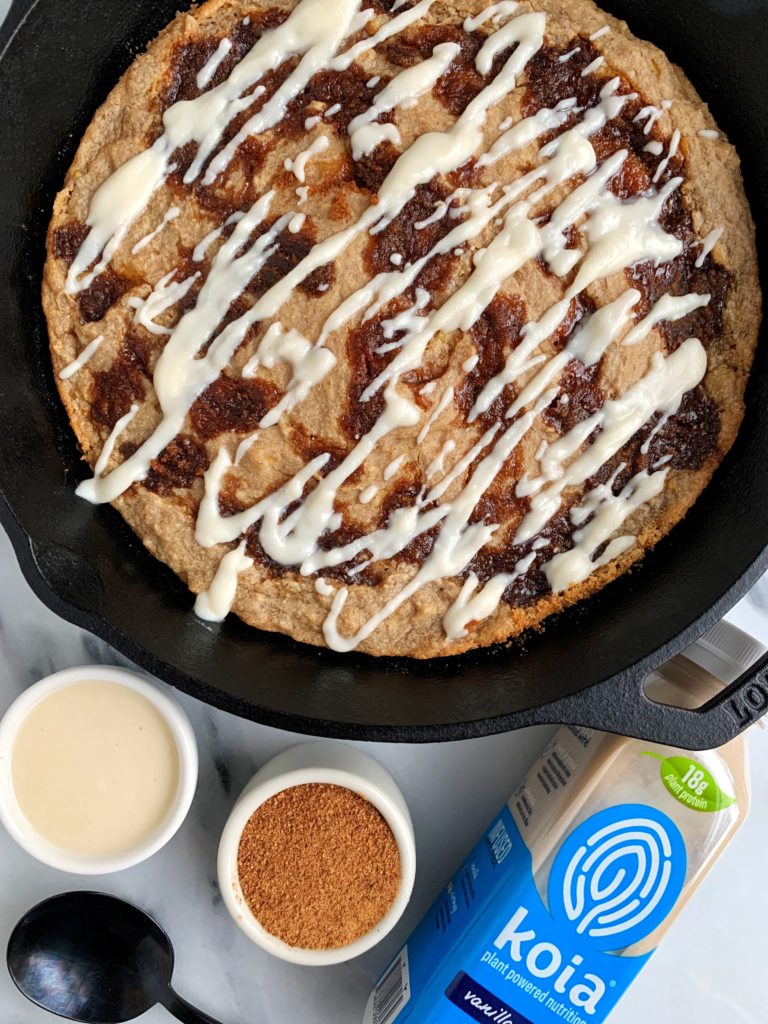 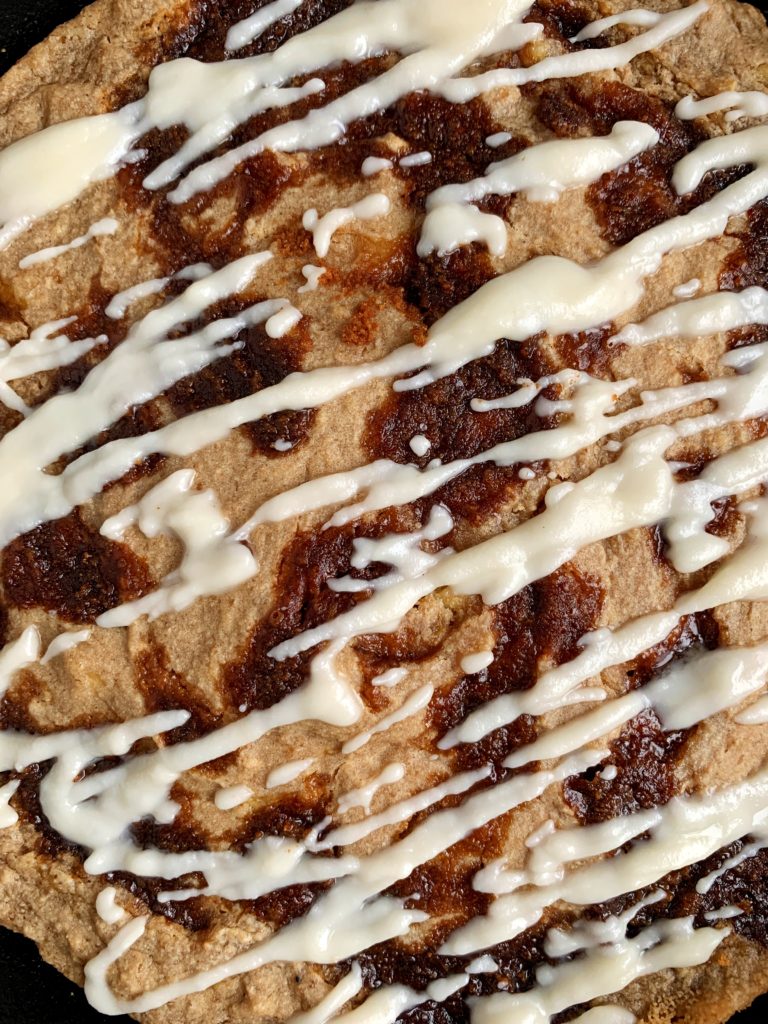 The best gluten-free Cinnamon Roll Cake that tastes like a healthier version of a “Cinnabon” cinnamon roll. Made with all vegan ingredients.

*Sub another non-dairy milk. I haven’t tested this recipe with other subs!

Thank you Koia for partnering with me for this recipe! 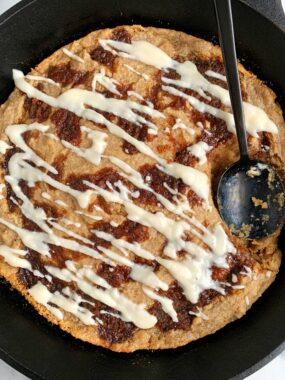