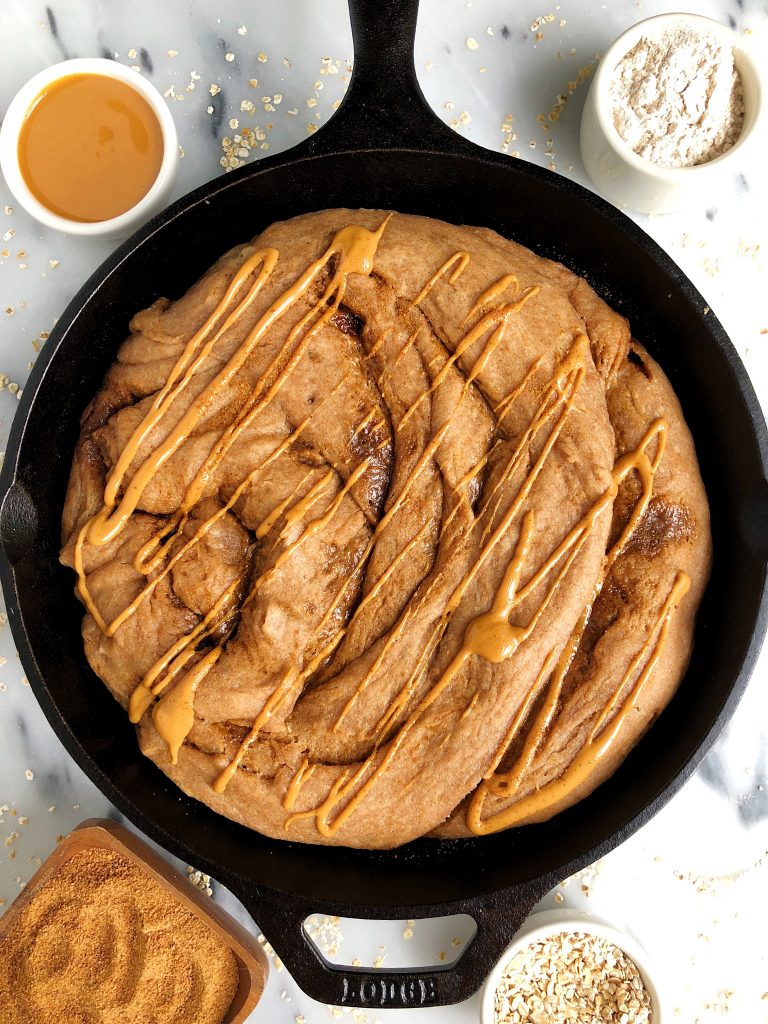 Hands down one of the hardest things I have had to do is keep this giant cinnamon roll recipe from you guys.

This recipe is kind of more labor intensive than others (don’t hate me) but only because rolling the cinnamon roll into one giant piece requires patience and some muscle. You’ll see the full directions below but just go with it. I promise it is worth it.

Also let’s chat about how cinnamon rolls aren’t complete without some butter. Sorry but the rolls just aren’t the same without a little grass-fed butter involved. I use pasture-raised butter and it is amazing. It’s butter I trust and that actually helped me get over my butter fear. You would have thought my head would fall off if I ate it in the past.

Any of my veg heads, you can use coconut oil too or ghee if you prefer. Even a vegan butter. .

Don’t forget to share this recipe with me on social or just show up at my door with a giant cinnamon roll – whichever you prefer.. 😉 And here are a few of my other fave cinnamon roll recipes for ya: Healthy Vegan Cinnamon Rolls, Mini Sweet Potato Cinnamon Rolls and Dark Chocolate Cinnamon Buns. 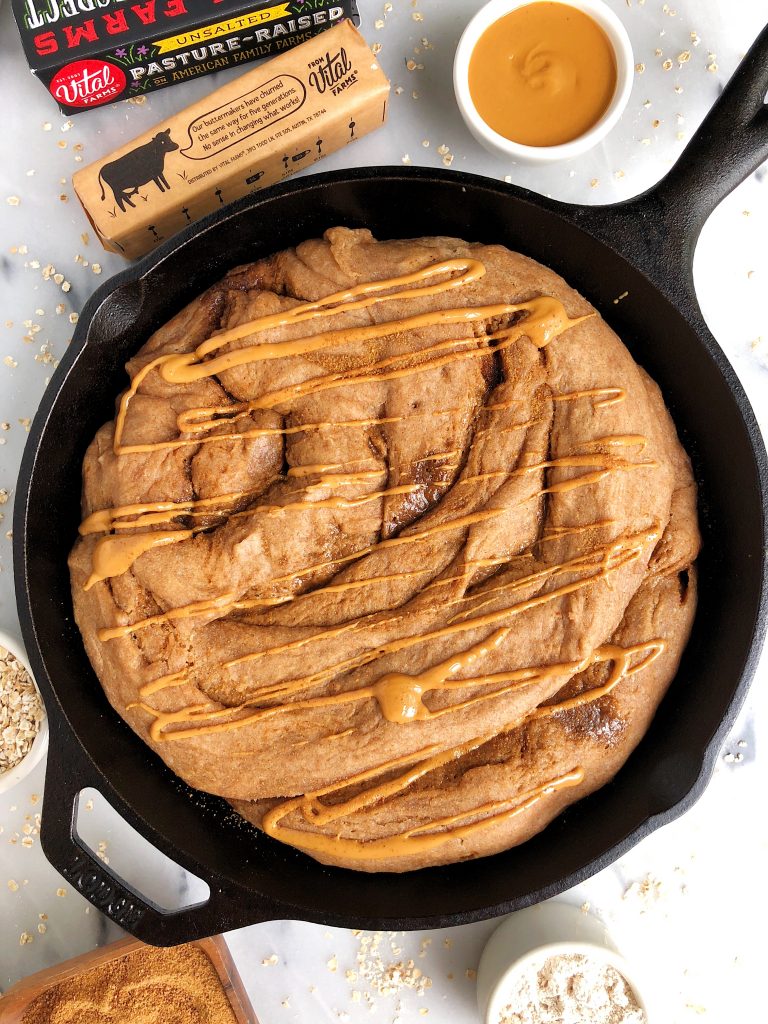 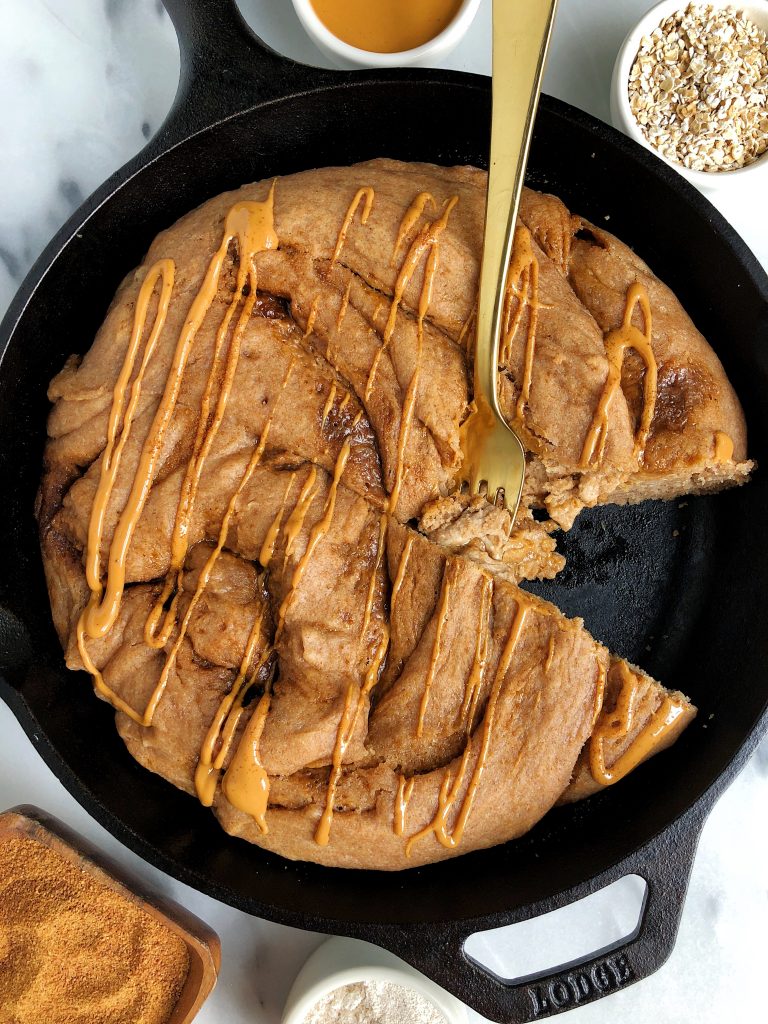 Store extras on the counter for a couple days then in the fridge for up to a week! You can also freeze and warm up when you’d like to eat!

Thank you Vital Farms for sponsoring this post! It means so much to me to work with brands I love and believe in! 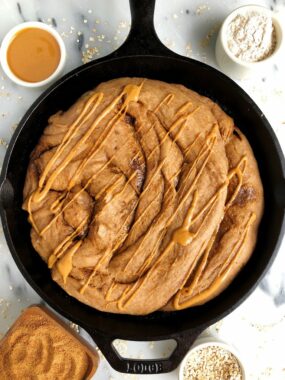 #72: Sara Reardon – The Vagina Whisperer On Everything We Need To Know About Pelvic Floor Health
Listen Now